As plant manager at several plants, I’ve faced the same problems time and again: production deadlines, shipping dates, all machines out of order, lack of workers, 100 various indicators ordered from top management and CEOs to follow. The list goes on.

In 2000, when SAP R3 was implemented in our company, everyone hoped that all of the old issues would disappear. Unfortunately, those hopes were quickly dashed. Not only did old issues linger, but new ones arose as well. Details will be published in another post; until then, see Dr. E. M. Goldratt’s “Necessary but Not Sufficient.” After four years of using SAP for production scheduling and planning, we decided to buy an add-on module for those tasks. That APS system had everything except a standard SAP PP. Accordingly, our hopes were tremendous, and success again seemed imminent. Again, however, we were wrong.

Once more, the situation repeated itself. The root cause? See Dr. Goldratt’s “Necessary but Not Sufficient.”

After several years of both somewhat better but mostly worse results in delivery and efficiency, we abandoned the APS and resumed scheduling with the same old SAP. As a result, our problems didn’t disappear, and our delivery performance didn’t increase. In short, there were no surprises, and our issues continued.

So, what’s wrong with all of those software systems and all of those so-called “holy gadgets”? Every seller and SAP/APS consultant promised great future results for our company. Could it be that Dr. Goldratt’s “Necessary but Not Sufficient” was right?

With all of those experiences and mistakes, I’ve delved deeper and deeper into OO ABAP and, more importantly, into the great work and ideas of Dr. Goldratt. In my case, the theory of constraint was a major breakthrough that set me on the right course. With my faith newly restored, I’ve started coding and implementing my JAP (i.e., SAP with Jarda’s module—I’m Jarda) as the first milestone on my journey. 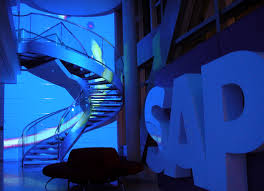 … to provide the best of the fusion of power between Theory of Constraint  and SAP.